The Story behind the UK’s First Chocolate Egg

These days Easter eggs come in all shapes and sizes, but where did the first chocolate egg come from and where did this tradition begin?

The first chocolate Easter egg in the UK was introduced in 1873 by the family-owned company, Fry’s. The founder, Joseph Fry, started out selling drinking chocolate in the 1750s, and his grandsons created the first chocolate bars in the 1860s. Fry’s particular achievement at this time was their chocolate Cream Bar, a product that is still sold today.

They also designed colourful adverts for their products in posters and postcards, some of which are on display in the Victorian sweet shop at Preston Park Museum. 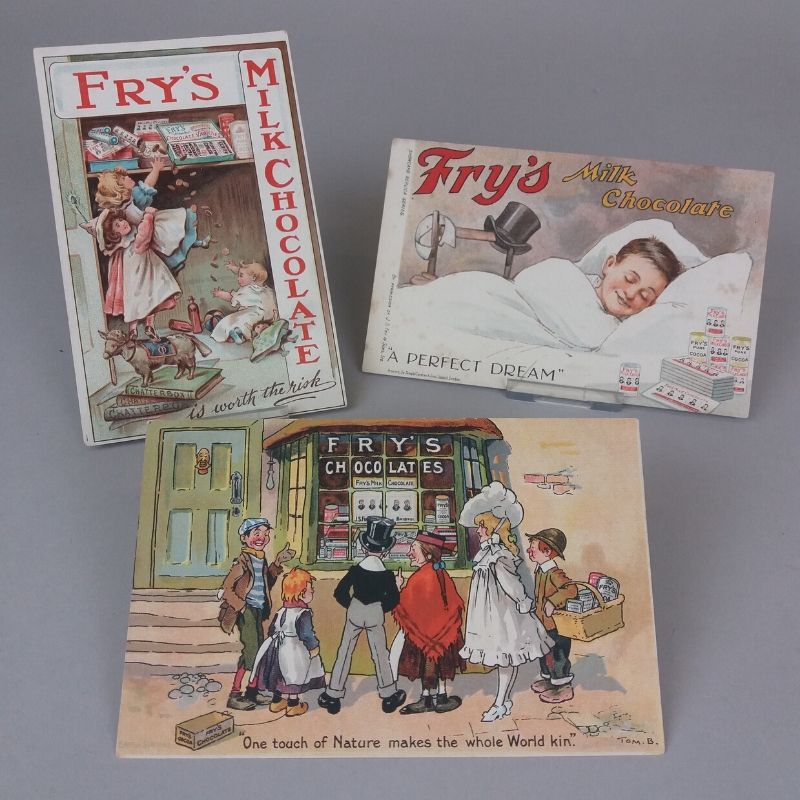 It was in Easter 1873, that Fry’s would create the first chocolate egg. Traditionally, at Easter, people would give each other chicken’s eggs which had been hard boiled and painted bright colours (that’s where the tradition of decorating eggs comes from). Fry’s took this tradition and put their own spin on it, and so the first chocolate Easter eggs were introduced in this country.

Around the world, the likes of France and Germany had been making chocolate eggs for many years before the UK, but these eggs had been made from solid chocolate. Fry’s had been the first to figure out how to use moulds and make hollow eggs. This had been achieved through the Fry family’s innovations in making chocolate by mixing cocoa fat with cocoa powder and sugar. This made a smooth paste which could be poured into egg moulds. 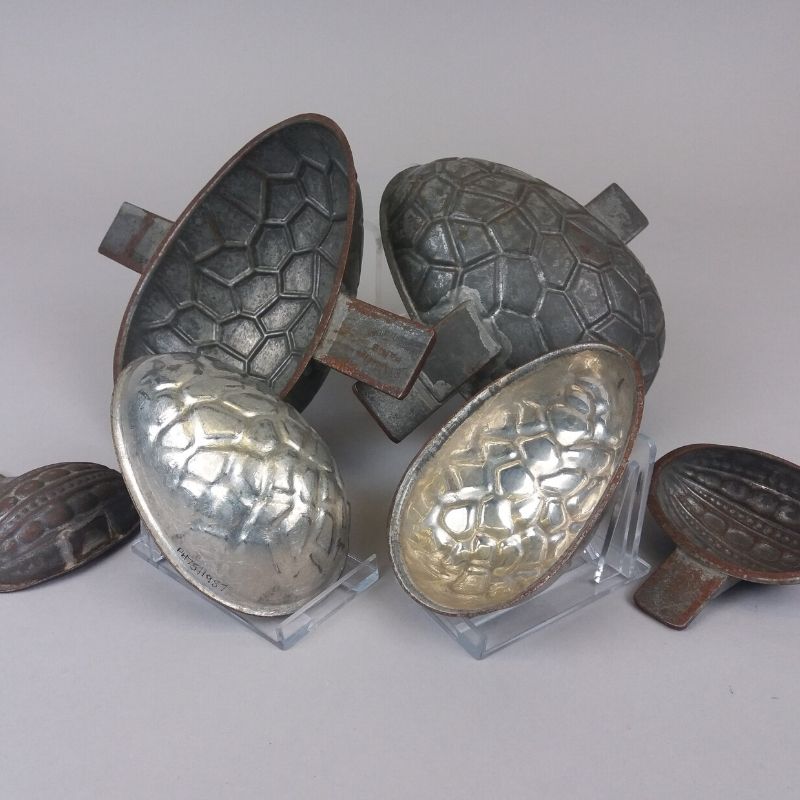 The earliest chocolate eggs were also designed with the well-known ‘crocodile’ design in order to hide any cracks or other imperfections.

As chocolate-making continued to progress, other chocolate shaped treats started to appear, including those shaped like animals. 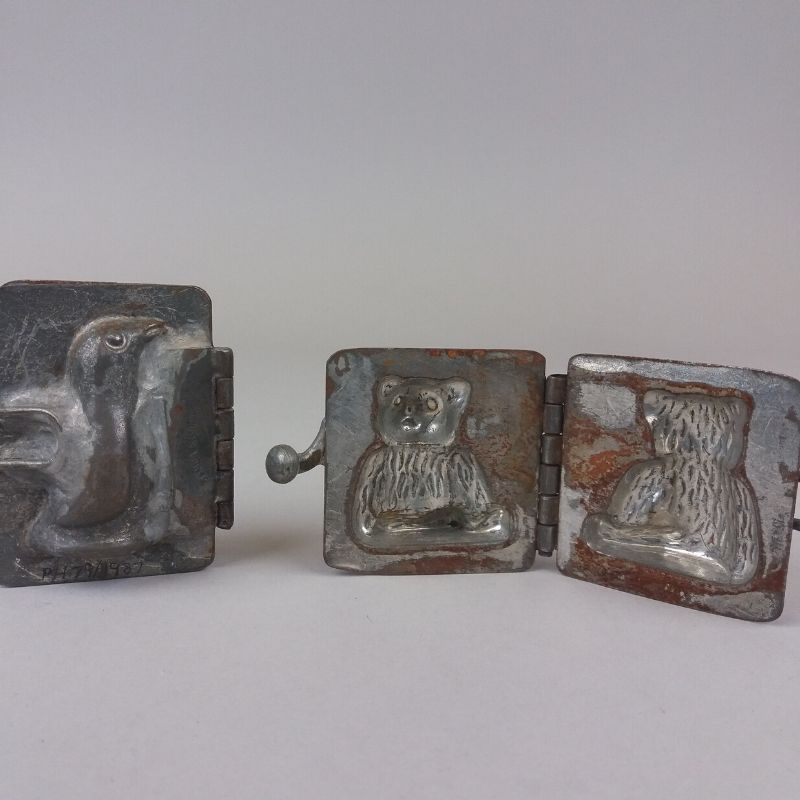 Chocolate animal shape moulds, in the shape of a bear and a penguin.

Fry’s were successful as a confectionary company, until they were taken over by Cadbury’s in 1935. 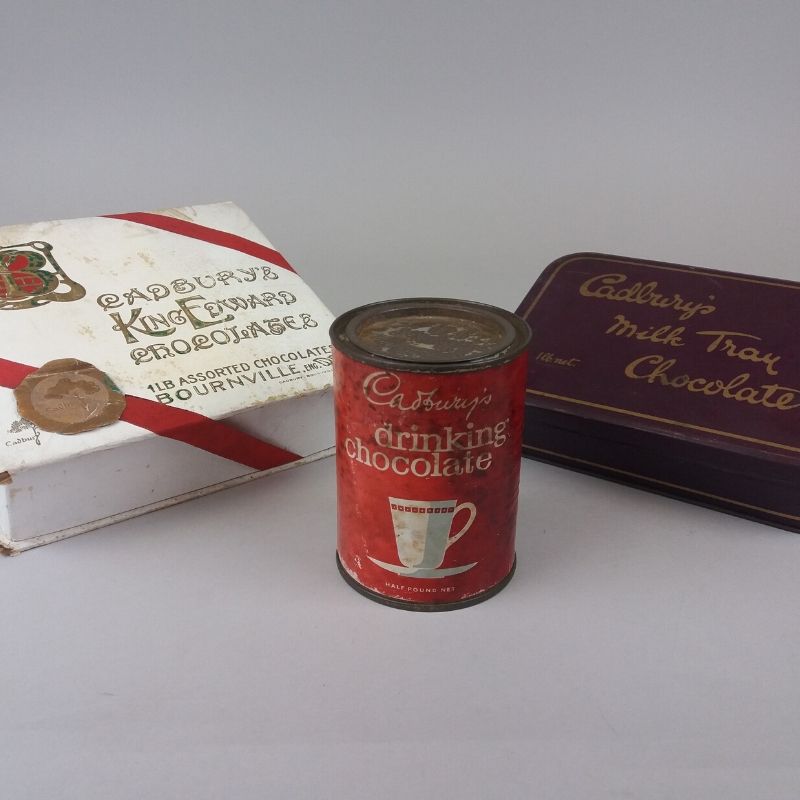 Despite this, Fry’s products including their Cream Bar and Turkish Delight Bar are still sold today under the Cadbury name. Even Easter eggs bearing the Fry’s name are still being sold for the occasion, carrying on a tradition that has lasted 147 years.

You can see the Fry’s chocolate moulds as well as their colourful adverts on display at Preston Park Museum. Plan your visit when the museum here.

Discover more about the museum’s collection and what objects we have on display here.